As some of you may know. I run a comic blog called 4 Frame Comics. One of the comics i have posted there is called Starving Joseph which is about an alien who has crash landed into a post-apocalyptic earth with no food. I haven’t worked on this comic in a while so i figured it was about time to revisit it. Here are a few sketches for a little character development. Even though his character is at an early stage i still want to make sure he has a wide gamut of emotion. 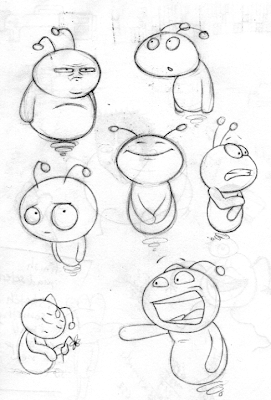